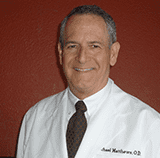 Dr. Michael S Matthews graduated from the School of Optometry at the University of California, Berkeley. Senior Optometrist at Oasis Optometry in San Francisco and Alameda Eyes Optometry in Alameda, Dr. Matthews sold both practices and retired to Mazatlan, Mexico.

Dr. Matthews has been a volunteer staff optometrist for the Hospital del La Familia in Guatemala since 1991. He retired as a Lt. Commander from the United States Coast Guard Reserve where he served primarily in Search & Rescue in the San Francisco Bay out of Yerba Buena Island. Dr. Matthews enjoys boating, fishing and dancing the Argentinean Tango with his wife Ivy.

Opting to come out of retirement, Dr. Matthews moved to San Diego and assumed ownership of Midway Optometry in Point Loma. Bringing his many years of experience to Midway Optometry, Dr. Matthews takes pride in his ability to bring you the best in eye care. Dr. Matthews is using the most modern and sophisticated instrumentation in Optometry. Whether you need to be fitted for contact lenses or simply want the latest in eyewear fashion, his un-rushed approach shows his dedication to precision and comfort of his patients. 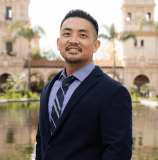 Dr. Steven Giang, O.D., earned his Bachelor of Science from San Diego State University in 2013. In 2019, he graduated with his optometry degree from Midwestern University College of Optometry. He completed his clinical rotation at the New Jersey Veterans Affairs. For two and a half years after graduation, he worked at the Southern Indian Health Council and gained experience in disease management. His favorite things about optometry is being able to meet new people and watching them grow throughout the years. He also enjoys teaching patients about their eyes. Dr. Giang is a San Diego native. In his free time, he enjoys training in Muay Thai (a form of martial arts practiced in Thailand). In the summertime, he loves to go offshore-fishing. 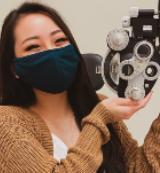 Whitnie worked at Midway Optometry as an optometric technician during her gap year and is now in her second year of optometry school at SCCO. She currently oversees social marketing at Midway Optometry and loves being able to show people what Midway Optometry is all about: great healthcare and patient education. When she's not studying, she spends her time hanging out with friends, playing board games, and watching anime. 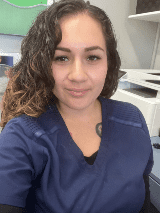 With 2+ years of experience, Yani has learned to love the field of optometry. She desires to become a certified optician to continue growing in the field. Yani was fortunate enough to receive on the job training from many highly experienced colleagues. She looks forward to building long term relationships with patients and helping them with all their eye care needs. 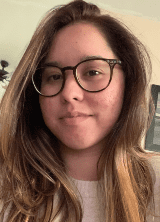 Monique has been in the Optometry game for 5 years now and the journey has been amazing. She loves helping people see the world, and especially enjoys seeing patients' reactions when they try out their glasses for the first time. When she's not working, she enjoys spending her time watching movies, playing video games, and playing disc golf. 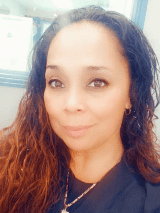 Eva absolutely loves her job and has been in eyecare for the past 11 years. The joy, the smiles, and the happiness she sees on a patient's face when putting on their new glasses is what makes this field exciting for her. To her, getting a new pair of glasses is like an adventure. Additionally, she strives to provide the best service possible for each and every patient, including proper patient education and benefits of their glasses. She is married with two boys and loves her family time with BBQs and outings. Her second love is cooking.